∙ Need to establish an extended, practical framework that intersects business and project management, while acknowledging that PMBOK is a leading standard

Delivering a project, subject to commercial terms, might be considered a form of extreme project management. Every mistake is amplified. The vendor project manager (PM) needs techniques beyond the standard PMBOK approach, which deals only with the buyer view. This workshop examines a next level of knowledge for PMs in complex environments and offers specific commercial advice. How do business conditions impact project practice? What is the next level of project management knowledge? Are there consistent techniques and practices that more experienced project managers can adopt to manage complex projects?

The topics explored in this seminar include integration of project management, organization and accountabilities, systemization of risk, estimation, an effective approach to quality, resourcing, and essentials of finance. Each session opens with a dramatic video scenario from a complex project, followed by brief lectures, carefully designed interactive sessions, and class discussion to explore the new material. Adequate Q&A time is allowed. This is a high-content session, with an emphasis on practicality. The workshop extracts from the presenter’s new book Commercial Project Management, which is offered as a course reference and for further study.

Care is taken to map the content to the Guide to the PMBOK 5th Edition, using compatible terminology and suggesting resolutions to potential inconsistencies and omissions.

Benefits of Attendance:
Commercial projects place new demands on the project manager. There is now a business relationship with the sponsor/customer organization, and a vendor sales executive to work with. Stakeholders are more numerous. The project team will come from the vendor, the customer, and third parties. Different practices, expectations, and objectives must be accommodated. Unfamiliar scenarios will have to be handled and new communication challenges confronted. This seminar will prepare you for these new challenges and provide:

∙ Insight into the added demands and stresses of the commercial environment
∙ Understanding of the transition from in-house PM to contract PM
∙ Avoiding the unsatisfactory results of uncritically following existing standards
∙ Avoiding win-lose contracts
∙ Learning new models and practices that extend PMBOK, contribute to improved customer communication and integration, customer satisfaction, and vendor profitability
∙ Practical tips, case histories, and lessons-learned that address the specific issues of complex, commercial projects.
∙ Organizations whose success depends upon projects that must adhere to disciplined cost control and deliver both profit and a satisfied customer will experience these benefits:
∙ Their PMs will relate to business essentials, will run their projects as profit centers, and will understand that their sponsor is also their customer.
∙ Business managers will recognize the potential for project management disciplines to enhance their business operations and will seize opportunities to gain much-needed business control.
∙ Firms who have primed their PMs with business acumen and balanced an enthusiastic and skillful sales team with delivery management disciplines are rewarded with both successful projects and repeat business, which is the secret of a firm’s profitability and longevity.

The seminar is ideal for the following roles:

About the Organizer / Who we are & what we do

KTC International is a training & consulting firm, specializing in brining leading international speakers to cities across Europe. Our events aim to help delegates and their organizations to achieve strategic goals by proper implementation of project management tools & techniques, smooth business change and use of technology.

People presenting at our events are those who set the global standards and include coveted PMI Global Congress speakers, such as Dr. Prasad Kodukula, Karl Muenchow, Liam Dillon, Dr. Richard Graham or Roger Burlton, among many others.

KTC International was established in 2003 with headquarters in Budapest, Hungary. With a track-record spaning over 14 years, we have been instrumental in organizing over 500 different congresses, conferences, forums, round-tables, seminars, workshops and specialized in-house events, that gathered more than 10,000 people in total.

SESSION 1: Introduction to the Business of Projects
· Orientation
· Stresses and failure causes
· The need for PM and business integration
· Weakness in the Process Group Model
· Weakness in the Knowledge Area Model

SESSION 2: The Need for a New Architecture
· The commercial project environment
· The integrative role of a shared project lifecycle
· A functional project management model
· A vendor lifecycle for business control
· Eight core processes
· Introduction to the six core practices

A great opportunity to engage in a casual chat with Robin Hornby and your fellow delegates. Lunch will be served at the main hotel restaurant, providing a variety of specialties ranging from traditional Croatian food to best international cuisine.

SESSION 5: Systemization of Risk Management
· How to resolve the Sales and PM views of risk
· The risk factor model and risk ranking during the bid phase
· The risk indicator model and risk alerting during execution
· Portfolio management and the 70% rule using a risk system
>>> Coffee & Networking Break at 14:30 <<<

The end of the PROJECT BUSINESS MANAGEMENT Workshop Day 1

SESSION 7: Solving the Quality Problem
· The two views of quality and how to reconcile them
· Three essential quality principles for the commercial firm
· The four components of a low cost QMS
· Useful quality models, checklists, and templates to establish quality requirements
· An overview of advanced quality

A great opportunity to engage in a casual chat with Robin Hornby and your fellow delegates. Lunch will be served at the main hotel restaurant, providing a variety of specialties ranging from traditional Croatian food to best international cuisine.

SESSION 10: Advice for the Services Firm and the Question of Methodology
· Approach to the marketplace and billing multiples
· Optimum economic potential
· Delegation and employee authority
· Skills assessment and training programs
· Do you really need a methodology?
· A look at the future – collaborative procurement 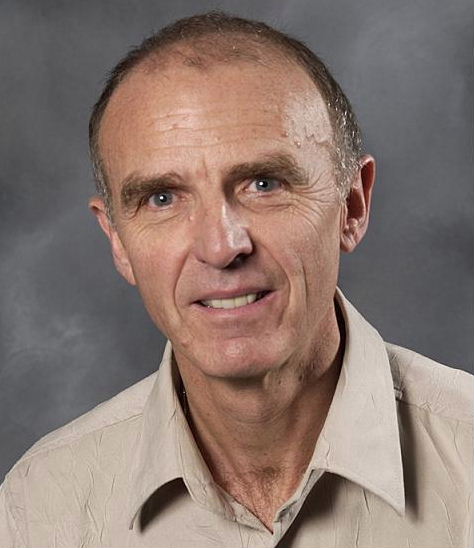 Robin Hornby PMP M.Sc. AFRAeS, began his career in the UK as a systems engineer. Moving to Canada in 1977, he worked in the telecommunications sector before embarking on his PM career, ultimately becoming national delivery manager for a major US software vendor. He established Tempest Management Inc. (TMI) in 1997 as a specialist project management consultancy.

Robin writes, consults, teaches the PMBOK curriculum, and has presented widely at PMI Conferences, and as keynote speaker for clients. His third book, Commercial Project Management – A Guide for Selling and Delivering Professional Services, was published in June 2017 by Routledge. His current focus is on writing and conducting seminars on the aspects of project management he believes are neglected – commercial practice, methodology for collaborative procurement of services, and PM leadership to achieve project quality.

Major roles Robin held throughout more than 30 years of his career include:

Robin began writing in 2004 with Ten Commandments of Project Management, followed in 2013 by Projects for Profit. In 2017 Routledge published his third book, Commercial Project Management: A Guide for Selling and Delivering Professional Services.

Robin has presented at conferences, including PMI International Symposia in the US and Europe, ARMA, ProjectWorld, regional PMI events, and as guest lecturer at the University of Calgary, the University of Athabasca, and as keynote for various city and provincial government departments.

1,036€
This fee is valid for registration submitted before September 16, 2017.
Register

1,036€
Register NOW and get a free-of-charge complementary ticket for the PMI Forum 2017!
Register

1,295€
This fee applies to all individual registrations after the expiry of the early-bird pricing.

This seminar is interactive and highly pragmatic workshop, designed as combination of

Practical, hands-on exercises and discussions with the audience, after each sub-session

Participation in all sessions

A course hand-book and other printed materials

Electronic copy of all presentation slides and other media, sent immediatelly after the event

Lunch and coffee-breaks during both days

Yes, there are several packages available to organizations sending multiple delegates. Click on DOWNLOAD PDF BROCHURE tab above for details.

4+1 group discount (20%) for 5 delegates, after the early-bird expiery

If you have more than 6 people, please contact us for a customized offer, using the form below.

Contact Us / get in touch now for booking or other info